How to Overcome the Psychological Effects of Erectile Dysfunction 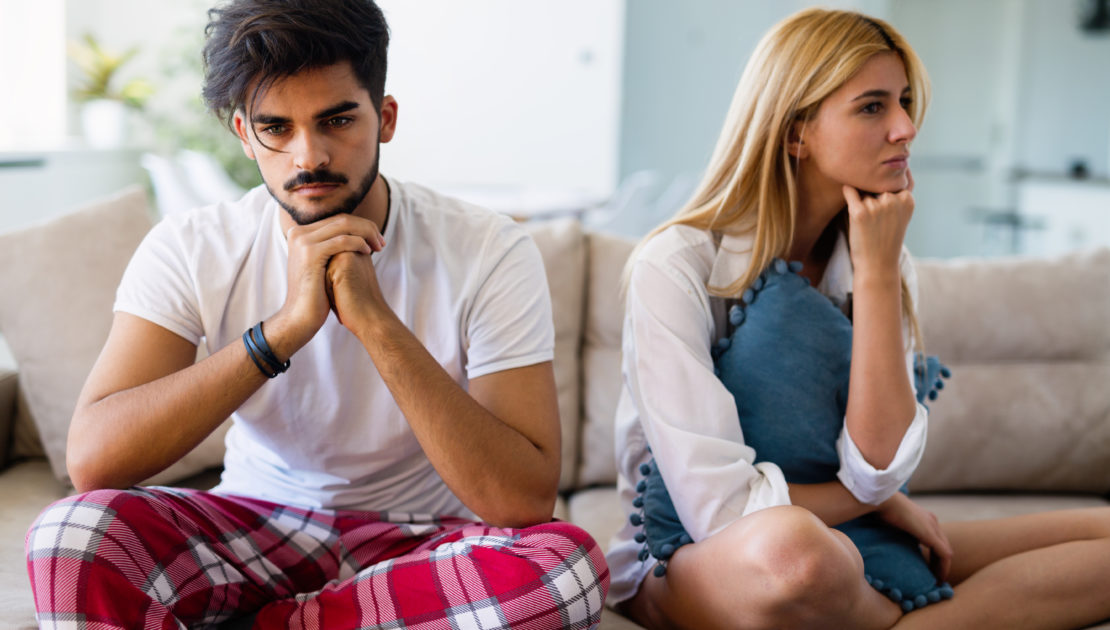 What is Psychological Erectile Dysfunction?

There are 3 types of erections: reflexive (associated with physical stimulation), psychogenic (from visual or mental images), and nocturnal (occurs during sleep). Psychological impotence is a condition caused by psychological factors, in which a man struggles to get or maintain an erection. Stress, depression, guilt, low body image, relationship issues, mental illness, sleep disorders, or anxiety—including performance anxiety, could all lead to ED.

Physical impotence, on the other hand, may happen naturally due to aging or diagnosis of medical conditions that affect genital blood flow. These include type 2 diabetes, cardiovascular issues like heart disease or pulmonary problems, for example.

As such, psychological impotence is not the sort of condition that should be treated by medications or taking a pill — but it can be treated if you address the underlying cause.

People with sexual performance anxiety experience a debilitating fear of failure related to their performance in the bedroom and ability to satisfy a partner during sexual intercourse. Ironically, the more you worry about these sorts of things, the more likely you are to experience ED. This happens when your fear of failure is so overwhelming that it has a paralyzing effect.

When you’re stressed or anxious, your brain releases stress hormones such as adrenaline and cortisol. These cause your muscles to tense and your heart to beat rapidly. In some cases, it reduces blood flow to the blood vessels in your penis which prevents you from having an erection.

These hormones trigger the famed “fight or flight” response. This primes us, physically and mentally, to evade danger. But, when your brain and body are focused on surviving a threat, getting an erection is simply not the sort of physical response that is prioritized!

How many men are affected by Psychological Impotence?

Erectile difficulties shouldn’t come as a surprise, because they’re fairly common. How common, exactly? The Cambridge Well-Being Institute suggests that as many as 10% to 20% of us have experienced psychological erectile dysfunction at some point in our lives.

However, the true number may be even higher than 20%. People who are ashamed may neglect to tell researchers about their embarrassing experiences. This means that psychological impotence is more common than most would think.

How can you tell if your Erectile Dysfunction is Psychological?

Some of the medical causes which are often linked to erectile dysfunction include diabetes, heart disease, hypertension, high cholesterol, high blood pressure, obesity, hormonal disorders, and alcoholism.  In order to rule out medical issues, your doctor may order laboratory testing.

There are a few signs to look for which might suggest your erectile dysfunction is psychological.

If you answer yes to any of these questions, this may be a sign that your impotence is due to psychological causes.

We all know what stress feels like – and some of us experience it more often than others. Maybe it’s your job or a difficult life event; maybe it’s conflict at home or financial concerns. Whether you experience chronic stress, occasional worries about poverty or even a full-blown anxiety disorder, this is likely to result in psychological impotence. Why?

Depression can impact all aspects of your existence like sexual function for example. It can feel like an anchor that weighs you down and makes life that much harder to live. Research shows that 75% of people with depression also have problems in the bedroom.

Depression is linked to changes in your brain chemistry and nervous system. Some of these areas also affect your sex drive or sexual desire and ability or inability to have an erection.

It may be difficult to have an erection if you are at odds with your partner. This can “bleed over” into your sex life. Disagreements are a part of any normal relationship, how you communicate effectively and is an important part of intimacy. Satisfying sex requires you to both feel safe and intimate with one another.

If your guilt is strong enough, it interrupts the signals between your brain and body, stopping you from getting an erection. It’s almost as if the unconscious mind punishes you by denying you pleasure in response to the guilt that you feel. Guilt, one of the psychological causes of ED, can also cause impotence in men who view sex as being shameful for religious or cultural reasons.

There are many reasons that could lead a man to become sexually indifferent. If you perceive your relationship to have boredom and conflict.  What’s the brain science behind this?

Thinking about sex creates a burst of dopamine, which is a brain chemical that’s linked to excitement, motivation and pleasure. It also plays a crucial role in helping you to get an erection! In a man who is bored with or indifferent about sex, thinking about the act is unlikely to be accompanied by that dopamine burst, which in turn can cause erectile dysfunction.

How to deal with Mental Erectile Dysfunction

Although erectile dysfunction is a sensitive subject and a private matter that most men don’t like discussing, speaking with a therapist during psychotherapy in a safe space in which you’re protected by confidentiality may be helpful.

Therapy is a powerful way of targeting any feelings of guilt, shame, anxiety or inadequacy that might underlie your erectile difficulties. Working through your psychological issues or relationship problems with a mental health professional can help to eliminate the effects those issues have on your sexual performance.

Therapy is a good way to ask for professional medical advice from your physician and lay out your medical history to help you with your erectile dysfunction problem.

Communication is key. Although it may be difficult, it’s best for people with erectile dysfunction not to hide it from their sexual partner, or to avoid discussing it out of embarrassment or shame. Remember, your partner may be just as confused and upset by this as you are, so try initiating a frank and open discussion on the issue.

Communication is vital for increasing emotional intimacy between you, which can help to enhance your sex life.

Guided imagery therapy has proven very effective in treating psychological impotence. For example, research found that 70% of men treated with Guided Imagery and sexual re-education succeeded in overcoming their mental impotence and were able to get erection whenever they wanted to.

Guided imagery therapy is similar to guided meditation. The client is asked to relax, close his eyes and undergo visualization exercises that allow the mind to reassert control over the body by simply letting go of any unhelpful thoughts or feelings.

Guided imagery can be done with a therapist, or simply by listening to recordings that guide you through the process in the comfort of your own home.

Practice meditation just fifteen minutes a day will drastically reduce anxiety and stress. There are many options from meditation groups on mediation apps you can access.

When To See a Doctor

Men who experience symptoms that get worse or appear more frequently over time should also see a doctor.

Doctors may do a physical exam or blood work to help identify any underlying physical causes of ED and may ask questions about the man’s mental health and stress levels. A physician from a Urology Clinic can also give you an idea about what hypogonadism is since it may be one of the underlying causes of your Erectile Dysfunction.

Doctors may also have recommendations on managing performance anxiety and Erectile dysfunction.

Psychological erectile dysfunction is a problem that can happen to both younger and older men, regardless of their physical health or sexual experience. In modern medicine, there are tons of sexual medicine that you can take for your ED and will help you satisfy your sexual partners.

Instead of focusing on the negative outcome, it may help to identify what stressor or worry influenced the symptoms of Erectile dysfunction. The cause may be simple, such as an upcoming project at work or planning a family trip.

Shifting the focus to the cause, rather than the symptoms, may help a person reduce the pressure to perform sexually well every time, especially during times of increased stress.

Why is Labiaplasty Right for Me?

Why Treating an Enlarged Prostate Early ...

Diet Is Key To Controlling Interstitial ...

Google Rating
4.9
Based on 42 reviews